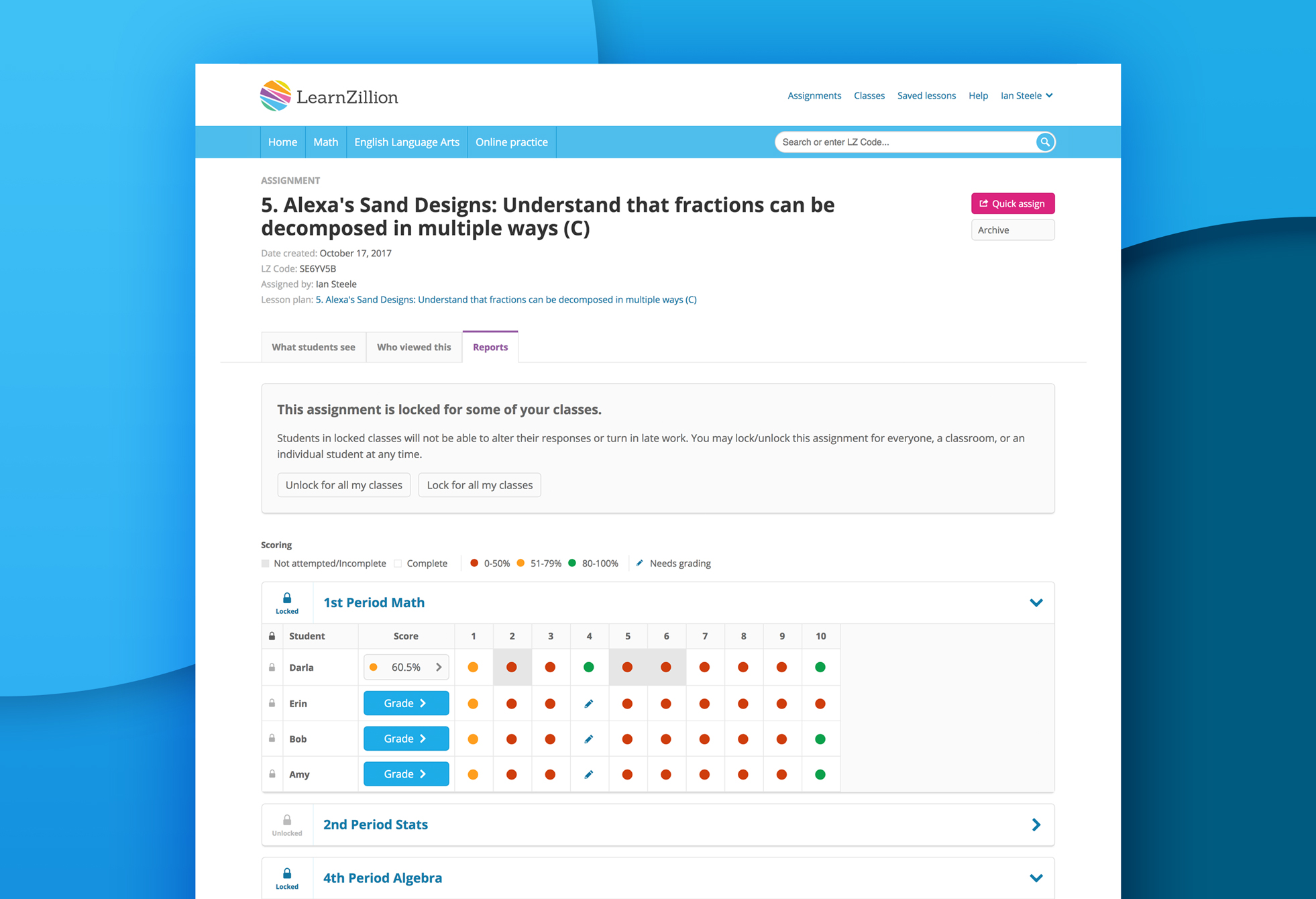 When I began working at LearnZillion, assessments only allowed for single-part questions.

After integrating a feature-rich assessment authoring platform, LearnZillion assessments allowed for much more functionality. Now, a single question could now have multiple parts which could be any combination of auto-graded and/or manually graded components.

We needed a way to quickly let see teachers how their classes are doing, while allowing them to easily see which questions required their attention. 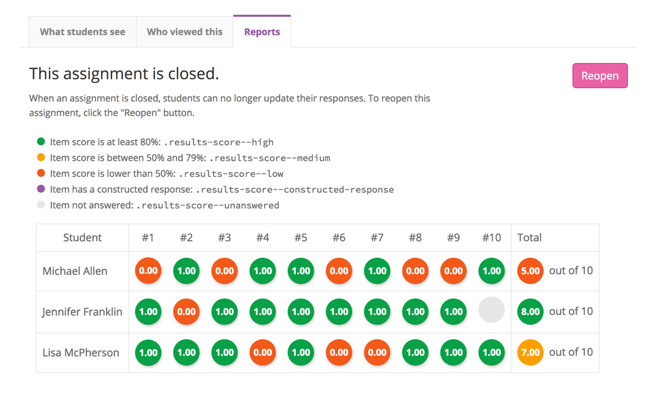 I began sketching ways to funnel teachers to the reports page when an assignment required their attention. Concepts included the use of notifications, visual cues in the site nav, or allowing for the creation of due-dates when assigning. However, a restriction of our third party integration limited us to only being able to pull 50 student reports at a time. Once there, a system of colors and shapes provided a quick reference to student performance instead of misleading scores. Allowing teachers to toggle grading by question instead of by student saved teachers time, allowing them to focus additional learning where necessary. 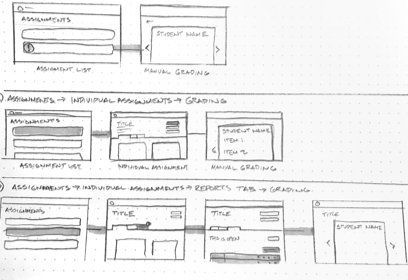 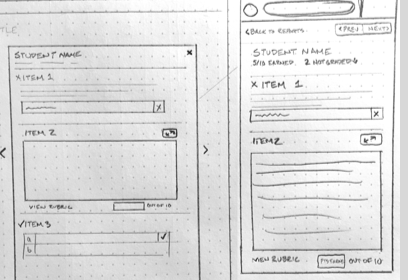 The final functionality of this feature included the ability to switch between grading by student, or by question. The ability to switch to grading by question allowed for teachers to quickly grade all items that required their attention. Giving them more time to prepare for subsequent lessons, or to help those students not at expectation. Following up with users after release we learned that teachers had no difficulty discerning which items required their manual review. 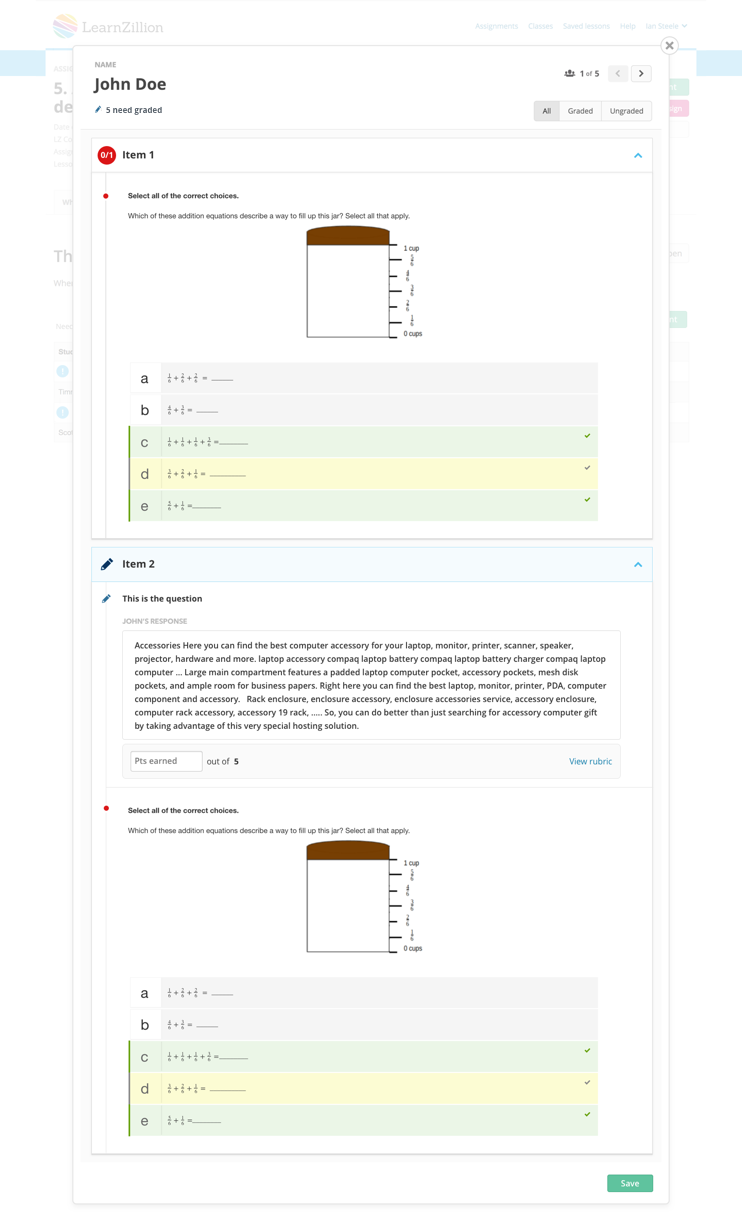